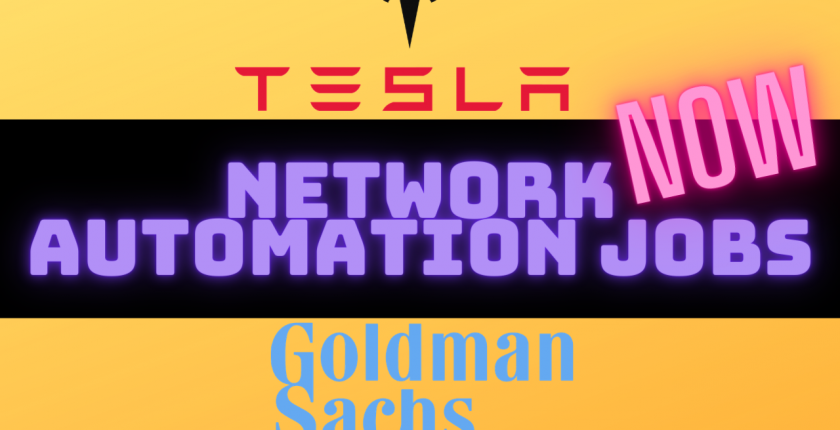 Network automation is the biggest trend in networking today and picking up even more steam as networking infrastructure becomes virtualized, software-defined, and cloud-based. If there was ever another driver needed for network automation to kick in high gear, employees working remotely due to coronavirus is it.

As per Gartner, by 2023, 60% of data center networking configuration activities will be automated, which’s up from 30% in early 2020. Likewise, by 2023, 15% of on-premises data center networking activities will be integrated into a continuous integration continuous delivery or CI/CD pipeline, an increase of more than 15 times from early 2020 or just before COVID.

Network Automation – State of the Union

There is a focus on building network-specific automation and orchestration tools from networking vendors such as the Cisco DNA Center, as opposed to just using the existing DevOps tools. Network teams are making progress on network automation, but the adoption remains pretty slow. So, don’t hesitate to throw your hat in and build a successful career out of it while the field is still not saturated. Thanks to vendors like Cisco and Juniper, vendor lock-in fear remains a barrier to wider network automation adoption. If the industry can agree on a standard-based API, we can finally put the evil vendor lock-in behind us.

NOW, the lay of the land of network automation tools includes the legacy NCCM vendors such as BMC or SolarWinds, tools from pureplay network orchestration vendors such as NetYCE and Gluware, tools from old guards such as Cisco or Juniper, open-source configuration management tools such as Terraform, Ansible, Batfish, Netbox and finally vendors that provide products with integrated network automation abilities such as NetBrain, Splunk and VMware. Beyond these, there is yet another way and that is to code it yourself in Python with the help of 3rd party libraries such as the Netmiko and Nornir.

NOW, let’s talk about the network automation job roles. There are four main roles out there. Network Automation Engineer, NetDevOps, Network Reliability Engineer or NRE, and Software Developer who writes custom network automation code. NAE is an entry-level network automation engineer role where you’re expected to know the fundamentals of networking protocols and vendor technologies as well as fundamentals of automation such as Python, YANG, Git, and Ansible. If you know more such as the Cisco Device APIs or DevOps tools, more power to you. As NetDevOps, you are expected to know more than NAE as far as the DevOps toolchain is concerned. NRE is nothing but an automation role focused on reliability or network uptime. You can think of NRE as a special purpose NetDevOps, with a focus on network monitoring and troubleshooting by applying principles of chaos engineering. The Software Developer for the network automation role is generally available at very large enterprises such as Goldman Sachs or a cloud shop such as AWS or GCP or a networking vendor such as Cisco or a reseller.

Let’s now review some actual network automation job postings. Senior Network Automation Engineer at Tesla. So, on the networking side of things, Tesla is interested in someone who has 5+ years of industry experience as a Network Engineer with a specific focus on routing and common networking protocols as well as some familiarity with Cisco IOS and Junos OS. For automation, they want someone who is well versed with Python, REST APIs, Unix, web development frameworks such as flask and SQL databases. If you notice, they are also looking for knowledge of Docker containers, Jenkins, Ansible, and that puts it at borderline NetDevOps.

LET’s look at another posting from Goldman Sachs. As you can notice, this job posting doesn’t make much demand from the networking side of things. Goldman wants to hire someone who is a polished software engineer with more than 5 years of experience but also possesses knowledge of networking fundamentals and Software Development Lifecycle or SDLC. The automation requirements are based on writing custom automation code and not so much about configuring the network automation such as the CICD pipeline. With this role, the focus is on REST APIs, Python, databases, messaging technologies such as Kafka.

How You can Transition into a NAE, NetDevOps or NRE Role

NOW, let’s talk about the steps you need to take to land one of these jobs based on where you are today. If you are a junior network engineer today, the best role to target for you is going to be Network Automation Engineer. So, go ahead and learn Linux, Python, YANG modeling language, Git version control, and Ansible for configuration management. Once those are covered, you can dig deeper into at least one networking vendor platform APIs for that I’d suggest Cisco simply because of the largest install base. Beyond that, I’d strongly suggest you build your CICD pipeline and ramp up your knowledge of DevOps tools. If you are a junior software developer, you have two options, either you can pivot to a network automation engineer role or a software developer who writes custom network automation and go work for a large enterprise or a provider one day. If you are a senior network engineer, then you already have half of the skills required for NAE or NetDevOps roles. You can add the other half by focusing on configuring network automation using DevOps tools. The biggest difference between NAE and NetDevOps skillsets is a must-have knowledge of cloud and DevOps toolchain. NRE role is a reliability engineering-focused NetDevOps role, so to pursue NRE, you need to skill up on chaos engineering and various cloud-based monitoring, logging, and troubleshooting tools.

Best Way to Prepare for a Career in Network Automation

Now, the best way to ramp up on new skills is to follow a blueprint like in the form of a professional certification that aligns well with the real-world job tasks. I think you can use the Cisco DevNet Associate for the NAE skillset and DevNet Professional track for the NetDevOps role. They are Cisco specific but do a great job as a baseline and perhaps the fastest way to get started. I hope you won’t let this opportunity pass you by.

I’d love to hear your thoughts.